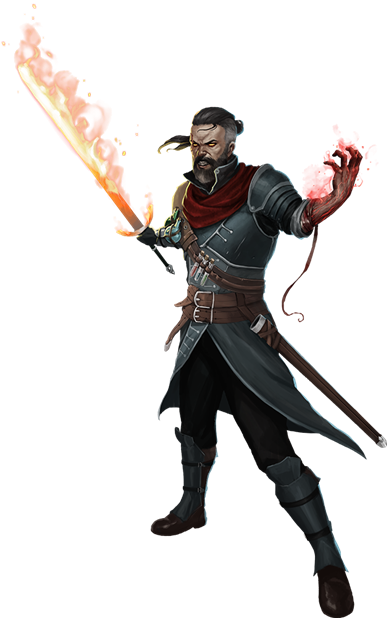 V35D '. Again, the woman seemed completely unaware. This site was designed with the. Download eBooks by author Christine Feehan. No one would ever imprison either of them again. He just stood up.

Search By Tags. June She was determined they would stand on their own and be beholden to no one. They were Carpathian. That meant something to the prince of the Carpathians and to all the others.

The males were lining up in the hopes of claiming either Bronnie, or her. She could not live under the rule of another. She rose when she wanted and explored her new world on her own terms. Tatijana made up her mind that she would find her own way, learn her own way, make her own mistakes. Bronnie was always the voice of reason.

She protected Tatijana from her impulsive nature, but no more.

As much as she loved Branislava, this was something Tatijana needed. She sent her sister love and warmth and the promise she would return at dawn. She burrowed deeper, going into the earth rather than rising where her guardians would see her. The blue dragon moved through the tunnel like a mole, digging when necessary, packing any dirt that had collapsed as she hurried steadily toward her goal.

Tatijana emerged in a deep forest.

She was very careful to scan the earth above her before the blue dragon poked her wedge-shaped head out of the hidden entrance. She surfaced in the midst of a thick gray fog.

Trees appeared as giant misshapen scarecrows with outstretched arms, swaying slightly, just enough to give them the appearance of monsters. Freedom was amazing. She shifted to her physical form, donning modern clothing, a pair of soft cotton pants that allowed her freedom of movement.

Everything seemed strange to her, but that was part of the excitement of discovery.

She made her way through the forest, enjoying the way the fog wrapped around her legs and made her feel as if she was walking through clouds. She remembered at the last moment to add shoes, something that was still very uncomfortable for her.

She felt as if the shoes weighed her down and felt very foreign on her body. The wind rushed through the trees, kicking up leaves and swirling mist around tree trunks.

She normally chose a different location every night to glean more information to share with her sister. This place called to her every rising now. The feeling was so strong it was nearly a compulsion. She drew closer to the building. The windows were lit with that same yellow glow, two eyes staring at her through the thick mist. A chill went down her spine, but she kept walking toward it. The Wild Boar Tavern sat on the very edge of the forest, surrounded on three sides by heavy brush, trees, and plenty of cover for anyone needing to hide quickly.

Providing shelter and camaraderie as well as easy exits should the law happen to venture near, the tavern offered regulars comfort by the fire, warm food and plenty to drink.

The crowd was rough, no place for the timid, and even the law generally avoided the place.

No one asked questions and everyone was careful not to officially notice anything. Fenris Dalka came to the tavern nearly every night, so why did he feel such a fool sitting at the bar, slowly nursing a beer, pretending to drink it like he often did? He huffed out his breath and kept his gaze forward, using the mirror to keep an eye on the door.

From his vantage point, he could see every corner of the tavern as well as the door. Fen knew he was intimidating and he used his rough, dangerous looks to his advantage. He rarely had to speak and he preferred it that way. The regulars knew him and knew to leave him alone. Music played in the background and laughter occasionally rang out, but for the most part, the patrons spoke in hushed whispers. Only the bartender ever spoke to Fen when he entered.

A few of the regulars lifted a hand, or nodded, but most avoided his eyes. He looked nearly as dangerous as he was. A man with no friends, trusting only his brother and always hunted or hunting. He was even more ruthless and brutal than the whispers said.

His hair was long, very thick and distinctly silver with black strands woven into the waves falling down his back. Most of the time he secured it at his nape with a leather cord to keep it out of his eyes. He had large hands, and his knuckles were scarred. There were scars on his face, one up near his eye and another that ran from his eye halfway down his face.

There were far more scars on his body. Centuries of defending himself, every battle and every victory was stamped into his bones.

Whispered conversations were easy enough to listen in on with his acute hearing, allowing him to glean a tremendous amount of information. But tonight was different. Uncomfortable, he played with his beer mug, moving his fingers over the handle, gripping with his fist and forcing himself to let go before he shattered the glass. This was a tavern for the lawless. For clandestine meetings. It had been necessary to find a safe place, out of the way, where they could spend time and talk unseen by anyone who might know either of them.

He wanted to make absolutely certain that his younger brother was safe. No one could know they were brothers. He knew every face in the tavern.

Most had been coming even longer than he had. The newest patron was the most suspect. He had arrived in the area only a couple of weeks earlier.

He had the stocky build of a hunter—a woodsman—yet he dressed more refined. He was not someone to take lightly. Anyone could see by the way he moved that he would be good in a fight.

He was definitely armed. He went by the name of Zev, and clearly he was new to the area. Zev wore his hair longer than usual, just as Fen did.

His hair was a deep chestnut color and very thick, much like a rich pelt. His eyes were gray and watchful, always moving, always restless, while his body remained quite still. Fen found it significant that no one in the bar had yet challenged him. The wind picked up, rushing through the trees, capricious and playful, pushing branches against the sides of the tavern so that they creaked and scraped, a heralding of danger if one could read the information the wind provided.

Fen let out his breath and glanced through the window into the dark forest. The mist snaked through the trees, stretching out like greedy fingers, winding in and out of the trees, closeting the forest in a thick veil of gray.

He smeared cold beads of sweat on the glass, his gaze drawn to the mirror once again. He did not have the full range of the color spectrum, but the dimmer the light, the more shades of gray he could see. Red looked brownish gray or black, but he could detect blue. What he lacked in his abilities to distinguish color, he more than made up with his acute hearing, sense of smell and his long-range eyesight. Her scent reached him as she opened the door. A woman. The woman.