Her long running project, in monochrome, documents the simple rural lifestyle that her children enjoy in this beautiful location. August Features New Zealand photographer Stu Robertson and his epic art project, Peace in 10, Hands, a global initiative to foster world peace. American fine art black and white photographers Michael A Smith and Paula Chamlee, are partners in life and in creativity - delivering individual feature portfolios to complete this issue. Stephanie Bowers is an Australian photographer who calls Queensland her home. Andy shot our cover image. Finally, Gabriel Hill is a Swiss photographer who works commercially, specialising in the portraiture and editorial sectors. February Our February issue features three photographers — two from the United Kingdom and one from Australia.

A regular television or radio program comprising a variety of topical news or entertainment items. A chamber for holding a supply of cartridges to be fed automatically to the breech of a gun. Peptide deformylase, mitochondrial is an enzyme that in humans is encoded by the PDF gene. A file format that provides an electronic image of text or text and graphics that looks like a printed document and can be viewed, printed, and electronically transmitted.

The file format created by Adobe Systems in is used for representing two-dimensional documents in a manner independent of the application software, hardware, and operating system. Adobe Systems Incorporated, , p. Portable Document Format uncountable A standard for representing electronic documents, allowing them to be transmitted and reproduced accurately.

Scott Kelby, author of The Digital Photography Book the best-selling digital photography book of all time , is back with another follow-up to his smash best-seller, with an entirely new book that picks up right where volume 3 left off. The Sony Alpha NEX-5N is one of the most innovative cameras Sony has ever introduced, combining a tiny, mirrorless body with the same large Introductory chapters will help you get comfortable with the basics of your camera before you dive right into exploring creative ways to apply file formats, resolution, shutter speed, and other exposure features.

Share this: This is complemented by our selection from across the categories. Roger Wandless is a medical professional, an anaesthetist, who shoots our landscape with passion and precision. He shares a mix of film and digital work. Janyne Fletcher makes her home in the beautiful South Island, her mission is to capture the landscape of Central Otago and the Maniototo, with particular interest in finding picturesque objects others have placed or misplaced in the countryside.

Plus, Tony Bridge has some words of advice for a young photographer.

September Features three photographers shooting in coastal regions, albeit at the wet edges of different countries. Two of these shooters create their images entirely in the dark of night. Australian photographer Christine Wilson is a nurse who spends her free time shooting monochrome land and seascapes on the coastline of her home state Victoria.

In this feature we reveal who won the top award, and show all of the category winners. The image on our cover gained a Silver Award for Bev Bell. Finally, Australian photographer Ian Poole is an awards judge, a 50 year veteran of commercial photography, and a columnist for this magazine.

His chosen medium is an archaic and unpleasant process, but when assiduously combined with a hand built large format camera the results are stunning. Australian R. Plus, our popular columnist Tony Bridge describes the process leading to the opening of his new gallery. May Features Canadian photographer Joel Koczwarski, and his fascination with the Moscow Underground rail network, each station a majestic architectural time capsule largely unnoticed by its users.

The environment stands still, and passers by are shadows and blurs. Australian photographer John Patrick shows personal work from his Figure Studies series.

This is an artistic respite from his usual commercial work for major companies and ad agencies. Finally, another Australian, Roger Arnall, shows his Human Creations series, carefully observed and faithfully captured vignettes from around the world.

Roger finds beauty in line, form, and every hue in a colour palette ranging from the freshly minted to the artfully faded. With a mix of vertical and oblique images, this collection is a peep at the world from above.

American photographer Steven Edson shows work from his series on American cars, and the road surfaces which are their natural environment. Finally, New Zealander Ilan Wittenberg pursued one of his true passions: His exciting journey took him through twisted and narrow streets where merchants market their goods. March Features urban exploration images from Croatian writer and photographer Mirna Pavlovic. Mirna finds beauty, meaning and more than a little excitement in the desolate places man has deserted and left to decay gracefully.

Her long running project, in monochrome, documents the simple rural lifestyle that her children enjoy in this beautiful location. Finally, UK photographer Toby Trueman works by day as a creative director of a production company specialising in video, film and animation. His series, The Tides, is an hommage to the Scottish coast near where he lives. February Features aerial photography by Australian commercial photographer Geoff Comfort, a man well accustomed to shooting both town and country from the air. Completely at home at low level in a Cessna or a helicopter, Geoff finds order and beauty in the rolling landscape below him. American fine art black and white photographers Michael A Smith and Paula Chamlee, are partners in life and in creativity - delivering individual feature portfolios to complete this issue.

Both use large format view cameras to capture their images on film and produce gelatin silver chloride contact prints held in collections across the world. Our other feature photographers are New Zealanders: Bob Tulloch is a portraitist who recently turned his lens on a labour of love, photographing Maori elders in and around their own marae. Australian photographer Chris Bray is quite the adventurer, shooting for magazines and running his own photo safari business escorting photographers around the world. 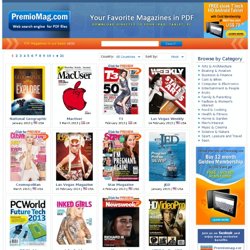 Komkrit delights in two things, the beauty of the American landscape and the joy of capturing it on film. Our 50 page section exposes the category winners and a stack of Gold, Silver and Bronze awarded images we felt compelled to share with you. Greek photographer Julia Anna Gospodarou is an architect by profession and an artist with a camera, capturing dramatic images of the architecture she is so passionate about.

Finally, New Zealander Andrew Coffey is a successful commercial photographer shooting for editorial and advertising clients. People skills, combined with technical prowess, explain his success and the sense of connection so apparent in these images.

August Features New Zealand photographer Stu Robertson and his epic art project, Peace in 10, Hands, a global initiative to foster world peace. Stu is hard at work shooting a white rose, itself a symbol for peace, in the hands of 10, people across the world.

Australian photographer Maris Rusis shoots large and medium format black and white pictures and finishes them with traditional darkroom skills. The final print is his opus.

Finally, New Zealander Amber Griffin photographs dancers in action, her work is a virtual pas de deux between the artists on stage and the one behind the camera. July Features New Zealand photographer Stephen Tilley who shoots fashion for quality labels and advertising for high profile clients. German photographer and photo educator Helmut Hirler contributes a collection of panoramas, all shot using infra-red film.

These fine monochromes show decaying vehicles at rest within the landscape. Finally, Australian Stuart Gibson is usually to be found, wet suited and finned, hanging on to a camera housing in the surf, or beachside directing a long lens at fellow surfers. June Features American photographer Corey Rich who shoots lifestyle and adventure sports, often from the edge of a precipice. Corey and his team are always on the move, with daredevil sports people chasing their next adrenaline rush.

Australian Cameron Attree shoots fine art nudes, in the studio and within the landscape. 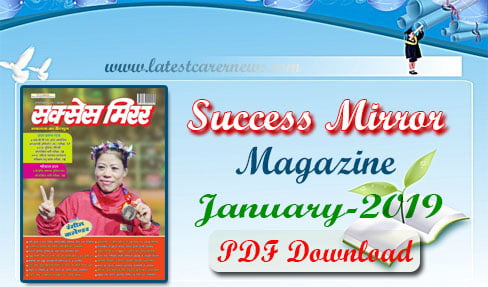 Finally, another Australian Darren Capp is a car guy through and through, shooting these across three countries to create persuasive marketing imagery for automotive manufacturers.

May Features British photographer Tim Wallace — the man who shoots for Aston Martin, and a host of other premium car brands. Trying to bottle lightning, street meets art in his moody monochromes. Finally, New Zealand photographer Amanda Reelick shoots family portraits, leading a double life by dividing her time between clients in Auckland and Brussels.

April Features two New Zealanders — commercial photographer Nic Staveley shot our cover, an example of his narrative portraiture for a range of blue chip clients; and Ian Jorgensen takes us behind the scenes of the NZ music scene over the last 15 years.

Published as a book, the images have also been exhibited by Fujifilm in Japan as a tribute to their Velvia film. Two New Zealand photographers complete this issue. Kim Westerskov is a marine biologist, scuba diver, ardent conservationist, and wildlife photographer specialising in natural history.

Finally, although Thomas Busby sells cameras for a living, his real passion is to hunt and capture evocative landscapes, particularly those found in the Taranaki region of NZ. February Features stunning portraiture by Russian photographer Pavel Lepeshev, who also shot our cover. For Siberian-born Pavel, photographing beautiful women is his life, style and true love. Two Australian shooters also feature in this issue. Finally, Andrew Peacock is a medical doctor who combines two disciplines — expedition medicine and adventure photography — both performed in far-flung and exciting locations around the world.

Nice work if you can get it. Emma McEvoy shoots conceptual fine art, and her moody images explore the feminine consciousness; and George Fetting creates arresting portraits for newspaper and magazine features, each surely worth a thousand words.

Claire Droppert hails from the Netherlands and demonstrates total control over time and motion with her series Gravity — Sand Creatures. Might this be your flying camera? November Features three New Zealand photographers.

Doc Ross shows a collection of monochrome images taken on the streets of London in the style of Garry Winogrand, and explains the philosophy behind his work. Glen shot our cover.