caite.info Education REALM OF CHAOS THE LOST AND THE DAMNED PDF

Realm of chaos the lost and the damned pdf

Games Workshop released its long awaited material on Chaos in two volumes. Realm of. Chaos: The Lost and the Damned was the second in the series, and it. SecretS from the realm of chaoS. SecretS from chaPter II: the loSt and the damned .. 14 .. gain even the merest fragment of the power lost to all. With each. DownloadRealms of chaos the lost and the damned pdf. Free Download 6 Destination search. free sms software from pc to mobile telephone number. Realms of. 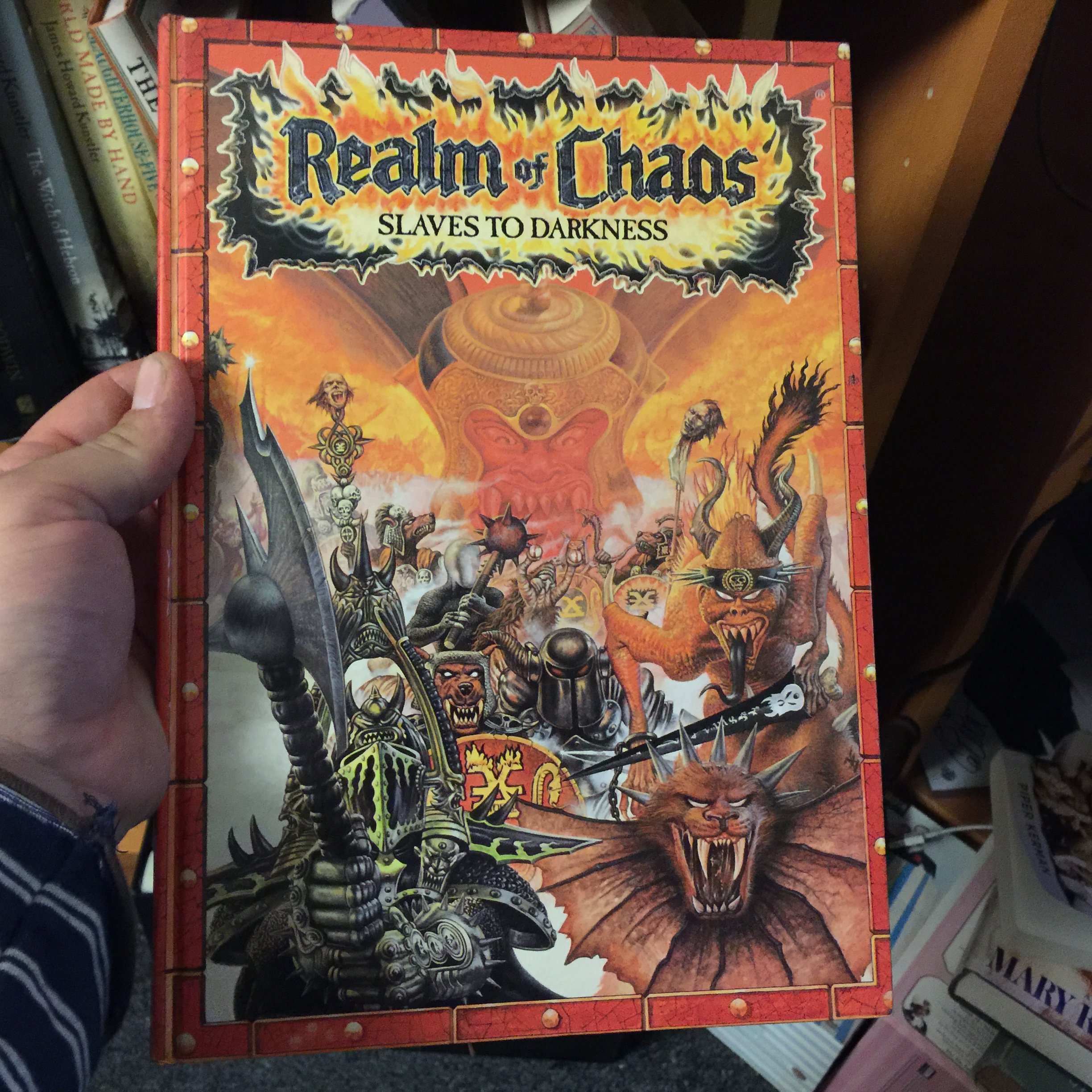 Old fluff on warhammer/warhammer 40k chaos gods. 2nd Edition Warhammer 40k Dark Millennium. Warhammer 40K Rogue Trader - Rulebook. Realm of Chaos - The Lost and the Damned. Home · Realm of Chaos Views MB Size Report. DOWNLOAD PDF The Realm of Reason · Read more. The Lost and the Damned and its companion volume Slaves to Darkness describe the fantastic and otherwordly Realm of Chaos. This book is concerned with the two great Chaos Powers Tzeentch and Nurgle, their Daemons, and their mortal Champions. The other two major Chaos Powers, Khorne.

All new or substantially revised publications are in bold. Andrew Paul 31 October at From Date [? Armies and Slaves to Darkness had these nice boxes for each type of unit, and this nice lay-out was abanded in LatD. Anonymous Tue Aug 9 Anonymous Thu May 21 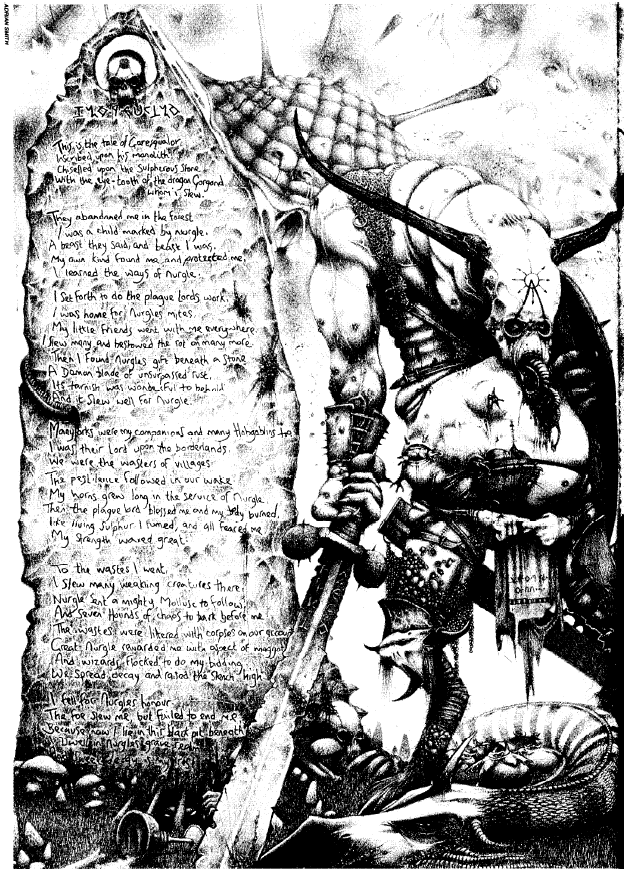 The 40K lists seem particularly underwhelming to me - I think the Emperor's Children and World Eaters get a lot more detail in them than the Death Guard and Thousand Sons, and the 40K entry for wizards reused Advanced Heroquest art or is it the other way round? The fluff at the start with the dark tongue is ace, though, and of course the book gives us the Star Child rules which adds a fun twist for those interested in a narrative campaign without necesarilly wanting to be a gibbering evil of chaos.

I'm quite into the series-of-randomly-generated-retinues-for-champions way of building lists, with units selected to tie into whatever emerges from that process or because I happen to like them. The Slaves to Darkness lists feel more I do take your point about the boxes though; LatD feels vague, a disparate collection of great ideas that doesn't quite coalesce down into solid gameable stuff.

But then, I did have a lot more fun making my Lost and Damned list for my own blog When I got hold of LatD back when it was published, for me it started my falling out of love with Warhammer.

As George Quail notes above, the army lists were a main factor. Armies and Slaves to Darkness had these nice boxes for each type of unit, and this nice lay-out was abanded in LatD. I always liked Slave to Darkness much more, because indeed it felt more coherent, while LatD always looked more like a collection of WD articles. Some very interesting points made by the last few comment makers. The difference between the two RoC books is quite profound, though the actual content is just as rewarding to get stuck into.

One problem that LatD has, when compared with Slaves, is that it is the second book. Slaves was the first and had that major, major impact and well Lost had to waddle in years later in its wake. It could never be as sensational as the first. Secondly, LatD was also a bit of a victim of changes in the studio. Realm of Chaos was Bryan Ansell's big project that he was very keen on getting right.

By the time that Lost was published, he was becoming less involved in the process of design. I think it shows. I wrote a whole essay just about one of the Adrian Smith drawings in LatD http: I have the same thoughts on LatD that a couple of other posters have noted re the average layout and lack of focus.

Realm of Chaos - The Lost and the Damned - PDF Free Download

It just isn't as tight a tome as StD is. Having said that it still has some fantastic moments - the minis as always are cool as is the artwork and fiction. It is worth having even if one has to pay pretty top dollar for it. Its even better when you get your hands on a copy for next to nothing, I guess!

Where do I begin? When I started out in my Warhammer collecting I was down for the Skaven. When the Slaves book was first release I was all over it.

I collected every mini I could get my hands on. I read that book over and over. The 40K side really had no impact on me. I was a fantasy player. So for me it was a waste of paper from the start. When LatD was released that was it. I was a complete follower of Nurgle. Again, the 40K side was of little importance for me, but by this time I had started collecting 40K Chaos so it had some merits. The LatD is by far my favorite of the two books. In fact I love every part of it until I get to page To me that has always been a complete waste of space. 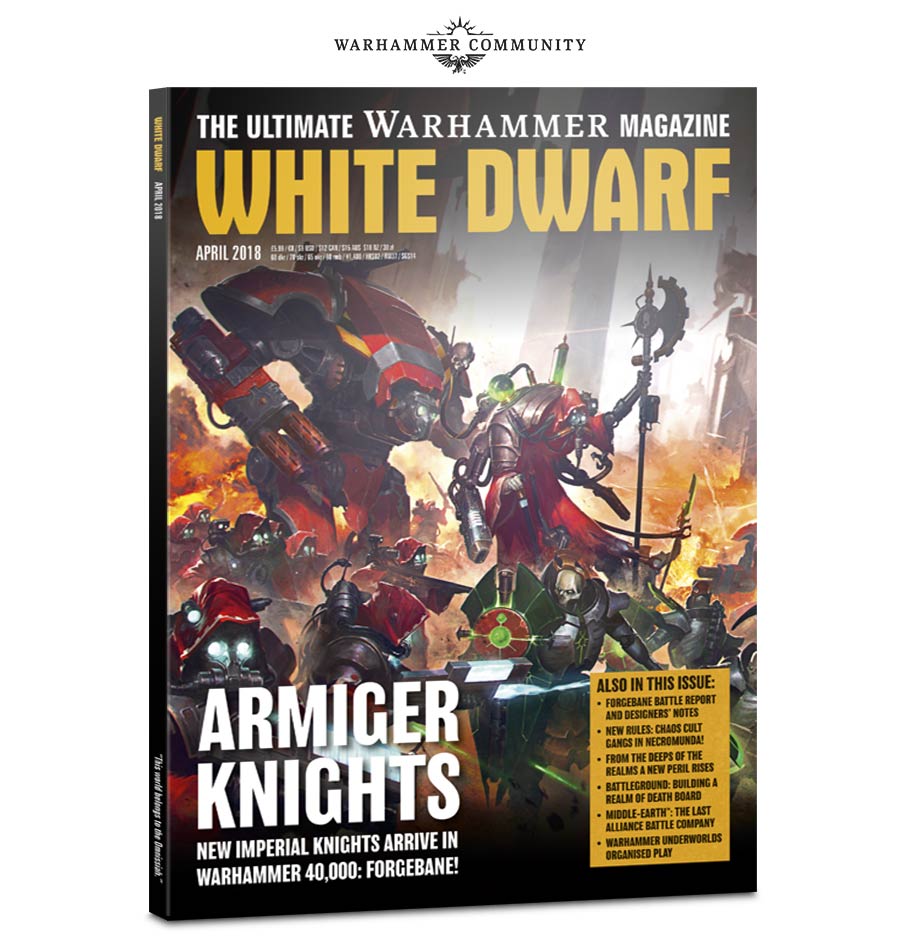 I still write up armies from them. It has always seemed out of place to me. The Star Child. From that point on its business as usual. Fantasy followed by 40K armies and war bands. It serves no purpose other than fill space. I would rather have seen a larger painted minis section or a battler report using the new army lists, or, better yet, an expanded magic section with different magic items.

Or even a reworking of the daemon weapons, but the Star Child? Absolute rubbish. Most people who speak about the Sensai stuff always do in a hushed voice of reverence. So its refreshing to hear a different point of view concerning this little piece of old school background. If things had go in a different direction and the creative team had been guided by Bryan for a few more years I often wonder what else would have emerged and how the little ideas like the Star Child may have been developed.

Please don't get me wrong on these things. I just find the whole Sensai story out of place in the LatD. They have been a part of me for so long. I purchased my books back on their original release dates. Almost daily. The LatD cover art is my wall paper. With each new Chaos release I go over it to see what was taken from the original books. Which GW seems to do with each new writing of Chaos.

As for my minis, here is a link to one of the models I converted and painted back in the early 90' that you might enjoy. I really need to start taking more pictures of my old school figs. Love this site!

Astonishingly, having lost my contributor's copies in a housefire years before, some random visitor to the Luton GW store walked in and gave me copies of both, which he didn't want. They're safe in my loft!! Always shocked at how much people are paying for copies now!! I mean. P Other than the less consistent visual feel than the first volume, the thing that dissapointed me were the 40k army lists. The 2nd edition WFRP Tome of Corruption is a worthy successor, I think; the descriptions of what happens when a Greater Daemon is summoned with effects on the environment for miles around really drive home how dreadfully powerful those things are.

Though they seem to struggle to find any real satisfaction with the result, leaving some a little bit baffled about what the fuss is all about. The Lost of the Damned seems to be the book out of all of those produced in the s to be singled out for scathing remarks about be overtly powerful, but bloggers, gamers and avid forum bashers are still keen to point out that despite their misgivings, they still hold the book in a very high regard.

Realm of Chaos : The Lost and the Damned by Rick Priestley and Bryan Ansell (Hardcover)

But what makes it such an iconic book? Is it the famous cover, which as been used and reused ever since? Or perhaps its the nature of the material inside - with the gods of Nurgle and Tzeentch having the little bit longer in the development cycle to get them just right?