Uploaded by John Goulter. the last air bender avatar the promise part 3 comic squeal Avatar The Last Airbender - The Search part caite.info Uploaded by. Aang and Katara are working tirelessly for peace when an impasse between Fire Lord Zuko and Earth King Kuei over Fire Nation colonies within the borders. Avatar book. Read reviews from the world's largest community for readers. The Avatar's greatest adventure continues!Aang and Katara work tirelessly.

Jul 03, Faye rated it liked it Shelves: This issue felt exactly like an episode from the animated series, it was so good and makes me so excited to read the conclusion! The Promise Part 2. We followed three side stories: The Promise 3 books. Zuko is having struggles with his identity, while Katara is going through some jealous phases over other girls swooning over Aang.

We followed three side stories: Sokka's and Toph's, Aang's and Katara's, and Zuko's and at least two of those three were pretty intense. Sokka and Toph's little side story was a nice way to get some break in the tension of all the pieces falling into place, and, well, they made me laugh a lot.

I also loved the side story about Toph starting a school for metal bending and how she tries to teach her bumbling students how to metal bend. It was such an enjoyable experience to see Toph actually teaching students her abilities and I am interested in seeing how this will all play out in future volumes!

What made me feel uncomfortable about this story: Not really a big deal, but the only problem I had with this volume was that there was not that much action in the story like the first volume. Even though this volume does have comedic situations happening to the characters, such as Toph and Sokka trying to teach three students how to metal bend, I actually did wanted to see some battle sequences in this volume. But, I did enjoy the rising tension with Zuko caving in to pressure of being the new Fire Lord and the possible battle that is about to come between Zuko and Earth King Kuei.

Final Thoughts: Review is also on: Rabbit Ears Book Blog May 06, Don rated it it was amazing Shelves: So many funny parts in this one. Manly were Sokka is concerned. But I think the build up for the potential war was being overshadowed by the metalbending school rivalry scenes and Aang and Katara's visit to see the Earth King.

It was nonetheless, very amusing and appealing, I quite liked Aang's little marble Scooters. So cute. Well it worked on me. We only get snap shot scenes of Zuko kind of So many funny parts in this one.

We only get snap shot scenes of Zuko kind of like in The day of black sun Part 1: The Invasion. The cover did give us the indication that Zuko would not be a big part of this one, the way he is in the far left hand cover, doing his own thing back there. Aug 14, Dzemo Sh rated it really liked it Shelves: I really love these Avatar graphic-novels.

They're a great way to dive back into the world of The Last Airbender, and they're just very fun. Zuko is having struggles with his identity, while Katara is going through some jealous phases over other girls swooning over Aang. On the more funny and lighthearted note, I really liked the Sokka and Toph story line.

It was very refreshing and funny to read a I really love these Avatar graphic-novels.

It was very refreshing and funny to read about their own adventures, and they're the two funniest characters, and it's always great when they are paired together. The way the story ended in this chapter was very exciting, and it makes me eager to learn how it concludes. May 23, Ben Wright rated it it was amazing. I really enjoyed this second part. 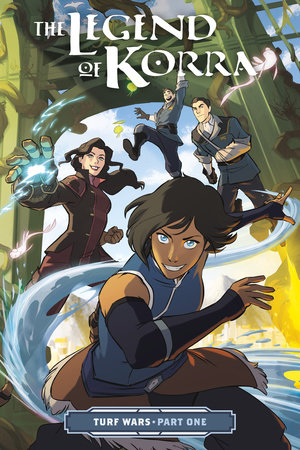 It was good to see the characters begin to head towards the roles they'd play in Legend of Korra, while also giving a character who was quite one dimensional in the show some development, which made my feelings towards him change.

Overall I really enjoyed this. Mar 11, Alison rated it liked it. Review for all three parts under the cut. Part one: Oh goddamn. Part two: It was good! But not as good as the other two. But these two feelings combined made this part my least favorite. Part three: Holy shit what a good message for cultural acceptance and individuality and identity and a DIRECT no-no towards cultural appropriation.

Do you know how hard it is to translate a show into a comic, and the same for the reverse? Dec 14, Clara rated it it was amazing. What I enjoyed most about this,was that it took off exactly where the series ended. Also, they mentioned specific happenings and characters which only an "educated" Avatar fan would know the correct answer for. In comparison to "Smoke and Shadow", the characters were given their whole personality in depth. And example can be seen in Toph, who is a bad-ass young girl with a sensible heart.

To sum up this review: Jan 23, Cath rated it really liked it Shelves: Not much to say about this one, still really enjoyable.

Aang and Katara are literally my favourite couple ever and I weep when they're together. It's sad to see Zuko struggling with being the Fire Lord, but it's so realistic too. All through the show he was questioning what he would do, and now he is! Onto part three! Jun 11, Charlotte Anne Hamilton rated it really liked it Shelves: Nov 21, Banny Carstairs rated it it was amazing.

The focus in this book is on Toph's metalbending school and a rivalry between some Fire Nation students. And then the other plot is Aang and Katara getting sidetracked by an Aang fan club group on their way to King Kuei. The Aang fan clubs scenes are mostly meant for comedic purposes, but I think you can theorize that at least the metalbending academy can be a metaphor for the overall tensions between the Earth and Fire nations.

Other than that, the main plot doesn't get going until the final pages as a setup for the final book. Definitely can't wait to see where this all ends. Despite there not being a lot of plot, I still loved part 2. Toph's students were absolutely hilarious. Seriously, I need more of the Dark One in my life.

And Zuko continues to be super angsty, haha! Even in comic format they are a bit vomit-inducing. Off to book 3! Apr 07, Aleksandra rated it really liked it Shelves: I liked this volume a lot! Great wholesome uplifting arc. The rest of the troubles are a mess, very realistically written political mess and games for power.

Feb 23, Morgan rated it liked it Shelves: I loved getting to spend more time with these characters that I've loved for years. Aug 06, Ramona rated it it was amazing. I need to try and contrict myself to reading one of these a day, otherwise it'll be over too soon and I'm not ready for that: D These comics capture the humour of the TV Show perfectly and I just wish they would continue the show I just ordered the next three comics I love them and they are great and the comics and the show are just perfect for escaping reality for a while, which I long to do!

In , he received the Xeric Grant, a prestigious comics industry grant, for Gordon Yamamoto and the King of the Geeks , his first comics work as an adult. He Gene Yang began drawing comic books in the fifth grade.

Other books in the series. The Promise 3 books. Books by Gene Luen Yang. Trivia About Avatar: The Last