Health is part of the Northern Ireland Executive. Inheritance Tax: UK ; This file may not be suitable for users of assistive technology. Request an accessible format. If you use assistive technology such as a screen reader and need a version of this document in a Great thanks, in advance!

Help me, please. Who could help me?

Jump to. Who is online Users browsing this forum: No registered users and 9 guests. The Enchantress Returns by Chris Colfer. Volume 1 by Max Brallier. A Graphix Book by Tui T. Family Tree by Nickelodeon. Krakens and Lies by Tui T. Jedi Academy 3 by Jeffrey Brown. Snowball by Ellen Miles. Fall of the Beasts, Book 3 by Varian Johnson. A New Beginning by John Flanagan. Book Six by John Flanagan. The Purple Smurfs by Yvan Delporte.

The Dark Secret by Tui T. The Dragonet Prophecy by Tui T. The Hidden Kingdom by Tui T. The Lost Heir by Tui T. This Is Iron Man: The Kree-Skrull War: Super Hero Adventures: Tricky Trouble!: This is Black Panther: Level 1 by Disney Book Group.

The Way of the Dragon by Chris Bradford. And Answers That Win the Job! Preparing for the New Normal by Dan Miller. Revised Edition by Robin Ryan. The History by Peter Pigott. Get Big Fast by Robert Spector. The Biography of a Cause by Tom Gjelten.

The Inside Scoop: Edition 2 by Matthew J. A Biography by Michael B. A Theory by David Graeber. Demystifying Emergency Planning by James A. A True Story by Kurt Eichenwald. Edition 4 by William A. Edition 3 by Marty Nemko. Brave Work. Tough Conversations. Whole Hearts. The Future of Labor by Erik Dietrich. Strategies that Revolutionized an Industry by Michael Dell.

Edition 2 by Myrtle P. Behind the Nylon Curtain by Gerard Colby. The Iridium Story by John Bloom. Michael Adewale Adeniyi, Ph. The Insiders' Guide by Adnan Aziz. How U. Step Up.

Stand Out. Kick Ass. The New Autobiography by Richard Branson. Edgar Bronfman, Jr. The Culture of Success by Lisa J. Why Some Companies Make the Leap And Others Don't by Jim Collins. And Pays the Bills by Kerry Hannon. Screenwriter's Marketing and Resource Directory: Languirand, Ph.

Negotiating to Win: Edition 4 by Joyce Lain Kennedy. Rockefeller on Making Money: An Intellectual Biography: Jeff Bezos and the Rise of Amazon. Edition 13 by Don Hellriegel.

Edition 2 by Susan Chritton. Edition 10 by Ann Masters. Expert Solutions to Everyday Challenges by Life and Work by Ray Dalio. Office Not Required by Jason Fried. My Years with General Motors: Review and Analysis of Sloan Jr. Rich Dad, Poor Dad: The Google Story: The Founding of Facebook: Techniques for Television by Rob Decina.

How to Negotiate for What You Want. 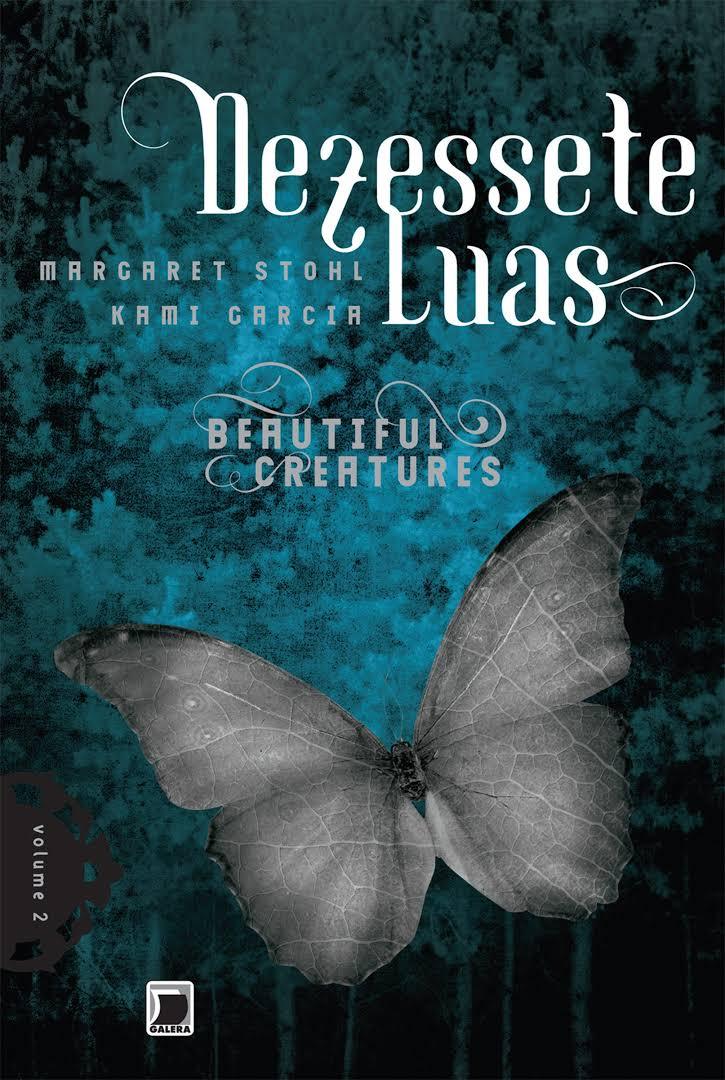 The 8 Point Plan by Thomas J. Find Yourself. Blaze Your Path. Show the World! Fully Revised and Updated for by Vicki Robin. Fourth Edition by Peter Mansfield. Abridgement of, Volumes by Arnold J. Myth and Reality by Stephen Cooper. Theology and Thought by Douglas Dales. A Military History by Andrew J. The Triumph and Tragedy of J. Robert Oppenheimer by Kai Bird. Discover the latest intriguiging, Scientifically sound explinations to Age-old puzzles by Peter James.

A Matter of Controversy by Ovey N. Ultimate Deathmatch: Girl Blog from Iraq by Riverbend. A Memoir by Lewis Nordan. An Environmental History by Ian Douglas. Dubai and the Dream of Capitalism by Jim Krane. Usurpers, Eunuchs and the Antichrist by Peter Crawford. The Battle and the Resistance by Antony Beevor. Muhammad by Yahiya Emerick. The Battle for Normandy by Antony Beevor. A Global History by Sven Beckert. A History of Humanitarianism by Michael Barnett.

A History by Fawaz A. The State of Terror by Jessica Stern. A Short History by Karen Armstrong. A History by David Jacobs. In Life and Leadership by Colin Powell. A Life Reconsidered by Lynne Cheney. The Biography by Simon Sebag Montefiore. Cultural Studies in the Gospels by Kenneth E. The Essential Writings by Flavius Josephus.

Coastwatchers of the Solomons by Walter Lord. Texts in Translation by Katherine L. The Invention of the City by Gwendolyn Leick. The Last Arab by Said K. Confronting Religious Violence by Jonathan Sacks.

An Everyday Occupation by Saree Makdisi. Paging Through History by Mark Kurlansky. Lebanon at War by Robert Fisk. America in the Middle East: A Short History by George M.

A Woman of Israel by Ruth Gruber. The Battle for Afghanistan, by William Dalrymple. Laughing through the Arab Spring by Bassem Youssef. The Life of a Leader by Gilad Sharon. A History by Sir Lawrence Freedman. A History by Eugene Rogan. Edition 2 by Herbert S. Review of the Terrorist Attacks on U.

Islam and the Crusades by Usama ibn Munqidh. History, Archaeology and Conservation by Warwick Rodwell. My journey to the shattered heart of Syria by Samar Yazbek. A Panorama of the s by Piers Brendon. Mee Jr. Wallis Budge. The Story of Muhammad by Lesley Hazleton.

Volume I: To Arms by Hew Strachan. Clash of Cultures: A Memoir by Clane Hayward. A Brief Introduction by Charles R. Story of a People by Howard Fast. A History by Anthony Bailey. Ulysses Grant in War and Peace by H. From Troy to Vietnam by Barbara W. Genghis Khan, his heirs and the founding of modern China by John Man. Dispatches from Syria by Janine di Giovanni. From Raiders to Kings by Lars Brownworth.

Vikings in Britain and Ireland by Katherine Holman. Lionel Fanthorpe. How the U. Unlocking the Secrets of the Pyramids by Robert Bauval. Debating Archaeology and the History of Early Israel: A Short History by R. A New History by Valerie Hansen. Vann Woodward. Democratization in the Late 20th Century by Samuel P. The Story of a People by Njord Kane.

The conflict that inspired Game of Thrones by Martin J. Encounters with the Islamic State by Graeme Wood. A New History by Thomas F. Indian Raids and the U. Edition 2 by John L. In Brief: A Holocaust Testimony by William Schiff. Scott Berg. Edition 2 by Peter Haugen.

Kennedy in the White House by Arthur M. Get Ready for Armageddon by Mark Steyn. Critical Essays by George Orwell. David Heymann. The Unmaking of America by Mark R. The People v. Kenneth Starr by James Carville. Portrait of an American Marriage by Christopher Andersen. Reassessing the Political Spectrum by William S. The Politics of the Personal by William H. American Liberator by Marie Arana. William F. Buckley Jr. A Ghost Story by Arundhati Roy. Portrait of a Woman by Robert K. The Nature of Leadership by Garry Wills.

A Life by Stacy Schiff. Toronto by Ernest Hemingway. A History of Anarchism by Peter Marshall. The First Conservative by Jesse Norman. The Golden Age by Tasha Alexander. Narrative Essays by George Orwell. The Essential Writing of Hunter S. Thompson by Hunter S. Confessions of an Unrepentant Exile by Ariel Dorfman.

Remembering Barry Goldwater by William F. My Life and Times by Helen Thomas. Sarah Palin: An American Nightmare by Richard Kim. Notes from an Impeachment Summer by Jimmy Breslin. Essays and Reflections by Walter Benjamin. Bush by Ivo H. Kennedy and Lem Billings: An American Odyssey by Robert Timberg. The System vs. Barack Obama by Eric Alterman.

A Biography by Miles J. A Film and Historical Companion by The Real Story by Alexander V. The Unknown Story by Jung Chang. The Sacred City by Ziauddin Sardar. A Life by Peter Slevin. An American Story by David Colbert. A Biography by Liza Mundy. Churchill's Profession: Selden's Map of China: Kennedy and Me: An Intimate Memoir by Clint Hill. A Political Life by Steven Englund. Women and the Obligations of Citizenship by Linda K.

Voices from the Internet Underground by Emily Parker. Inside the Mind of the President by Justin A. Frank, M. The Take on Election by Dan Balz. Making History in Elections by Liette Gidlow. What's in It for Me?: Shaping the Modern Middle East: The Egyptian Experience by Caryle Murphy. His Life and World by Robert K. Komen for the Cure by Karen Handel.

Reports from China by James Fallows. Dishing the dirt to save their skins by Gordon Kerr. A Memoir by Wael Ghonim.

His Life by Evan Thomas. American Snipers in the War on Terror by Sgt. Jack Coughlin. The Subversion of Roosevelt's Government by M. Stanton Evans. Beyond Truthiness by Bruce Watson. A Life by Peniel E. A History by Joseph Crespino. Scenes from an Epic Life by Boston Globe.

Youth Culture in Iran by Kaveh Basmenji. A History by Simon Schama. The Secret History of MI6: Andrew Cuomo, a Biography by Michael Shnayerson.

A Biography by Miriam Pawel. Travels at the Edge of China by David Eimer. The Starr Report by Phil Kuntz. Generoso Pope Jr. Hidden Voices by Xinran. Man of the Hour by Howard Fast. Lyndon B. A Memoir by Lloyd Robertson. A Political Autobiography by Scott Nearing. George W. Messages from the Heart and Heartland by Glenn Beck. A conversation about America by Tom Brokaw. Essays by Michelle Orange.

The Indispensible Chomsky by Noam Chomsky. The Necessary War by Michael Lind. Inside the Baseball Revolution by Brian Kenny. The autobiography of the legendary Manchester United manager by Alex Ferguson. History, Culture, Class by Gregory G. Taylor, M. Looking Up: The Legend of Snake, Foo, Dr. Seeing Beyond the Game by John Sexton. Both Feet on the Ground: An Autobiography by David Beckham.

October by Reggie Jackson. Baseball's Flawed Genius by Bill Pennington. My Life in the Game by Dustin Pedroia. Baseball's Greatest Character by Marty Appel. Lessons on the Game of Life by Michael Lewis. A Biography by Al Stump. A Baseball Companion by Roger Angell.

Lifting the Lid on the Beautiful Game by Anon. Life, Game, and Glory by Ray Lewis. A Memoir by Keith Hernandez. Dallas Cowboys: Detroit Tigers: Milwaukee Brewers: An Improbable Life by Jim Abbott. A Biography by Arnold Rampersad. A Hero's Life by Mike Freeman. The Autobiography by Johnathan Thurston. Memoir with Soccer Ball by Jonathan Wilson. The Art of Hitting. The Biography by Maarten Meijer. The Craft of Baseball by George F. A Biography by Leonardo Faccio.

An American Dilemma by Kostya Kennedy. A Parent's Guide by Dan Russell. Speed kills! Speed in soccer can be a potent weapon in matches. With the game offering so many different systems of play, the Speed of Play system used by so many professional and top-level amateur teams can be taught to youth teams.

Players can be coached to become faster both with and without the ball. Liverpool FC in the '80s: The Players' Stories by Simon Hughes. The Promise by Dave Sheinin. Baseball's Reluctant Hero by Tom Clavin. The Making of a Coach by Monte Burke. A Lefty's Legacy by Jane Leavy.

My Story by Warren Sapp. Edition 2 by Thomas Dunmore. A Memoir of Hope by Hope Solo. An American Life by George Vecsey. The Real Game Exposed by J. Evolution of a Game by Michael Lewis. Science Fiction Series by Scott Sigler. Soccer and Organized Crime by Declan Hill. The U. Football's Impact on America by Gregg Easterbrook.

A Handbook for Performance Enhancement by H. Science Fiction Adventure by Scott Sigler. Access All Areas by Anon. What the Physio Saw A History Of The St. Louis Cardinals And by Peter Golenbock. Space Opera Adventure by Scott Sigler. A Portrait of a Friendship by David Halberstam. Finding Stillness at 95 mph by Shawn Green. For the Game of Life by Jim Tressel. Baseball's Fiercest Rivals: A Terrible Beauty by Charles Leerhsen. Leading the ultimate football underdogs to glory by Paul Watson.