The actual story here is pretty good, though. Batman Likewise, Batman's cape in the final page of the issue is much more textured than what I'm used to from Daniel, and in a good way. He felt that if the stakes were high enough — essentially, all of reality, all life at stake, then Batman would pick up a gun and use it. From there, Morrison and Quitely deliver a strong chapter about Grayson carrying on the tradition of honoring the death of the Waynes, fighting the Mutant Gang, and stopping a villain auction.

For your five dollars, you get 31 pages of story, seven pin-ups, and four pages of "Secrets of the Batcave. The packaging of this book left a poor taste in my mouth, as it will for many others.

The actual story here is pretty good, though. Grant Morrison returns to "Batman" and teams with artists that he's worked with on the character before to tell a story that takes place over three different times with three different men wearing the cowl. Beginning with Bruce Wayne as Batman and Tony Daniel on art, Batman and Robin have been captured by a group of villains under the leadership of the Joker.

They've been hooked into a 'maybe machine' invented by Professor Nichols and it will be used to unmake Batman, Robin, and all of the villains unless the bad guys are stopped. This chapter is fun with Morrison channeling the goofy insanity of the Silver Age filtered through his sensibilities.

Batman is a little harsher and darker than he's usually portrayed in these past stories, but it makes for a good contrast to the insanity of the Joker. Tony Daniel's art is messy, but energetic.

His pages are cluttered as he tries to get everything in, but that lends itself to the chaos of the story. In the present, Professor Nichols has been found in his locked lab, 20 years older than he should be, shot dead, and no clues as to what happened.

From there, Morrison and Quitely deliver a strong chapter about Grayson carrying on the tradition of honoring the death of the Waynes, fighting the Mutant Gang, and stopping a villain auction. Unfortunately, Quitely does not draw this entire chapter; Scot Kolins does the final three pages. 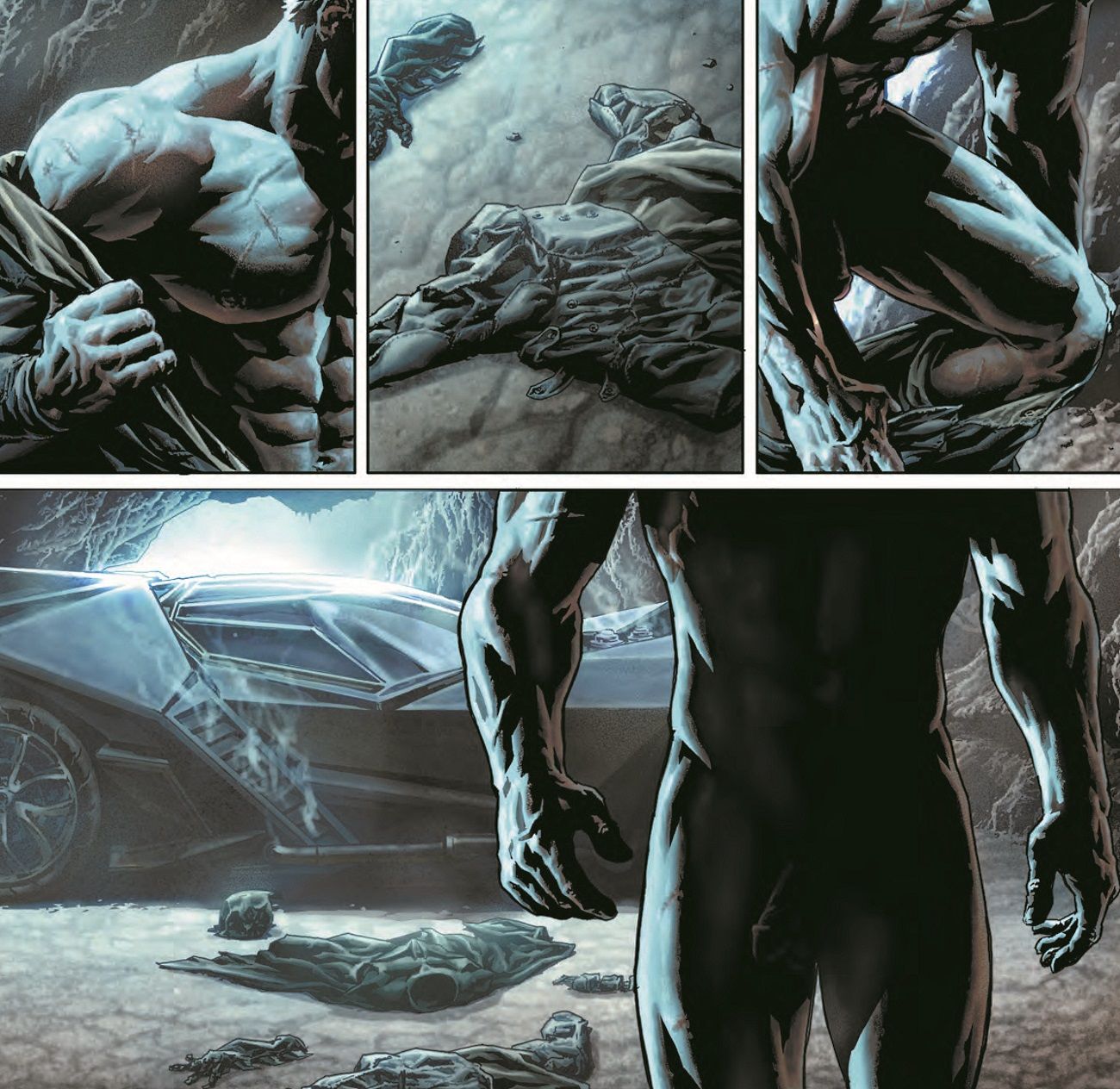 Kolins is a talented artist, but his work can't match up to Quitely's idiosyncratic art that leaps off the page. The fight with the Mutants is some of the best action art you're likely to find this week in any comic. Kolins' art is serviceable and would be fine on its own.

A version of the Joker's venom has been introduced to the climate control systems and Batman has to stop it, tying together the threads with Professor Nichols and the Joker's joke book introduced in the first chapter and carried on through the second.

Damian as Batman is interesting because his methods are more brutal and his world is so different. He's got the same no-nonsense attitude as his father and is more of his line than Grayson's lighter attitude. Kubert's art is some of his best as he has a ball with this future Gotham and Batman.

With Batman racing to save the city, the art is all motion and non-stop action, suiting Kubert's talents. His drawing of a creepy Joker child or his design of 2-Face-2 show off a side of his work that doesn't often come out as he plays with established tropes of the Batman universe.

Hurt still rattling around inside of Bruce's head. But it also makes a difference knowing that when this story is over, Bruce will have been blasted into the past by Darkseid's Omega Effect, seemingly dead. There's a sense of doom and dread hanging over the narration here, Bruce still trying to digest the warning that the next time he puts on the Batman outfit will also be his last.

The real gem here is, easily, Morrison's narration from Bruce Wayne himself. His inability to let go Hurt's words gives extra heft to the villain, and perhaps makes it a self-fulfilling prophecy on Bruce's part. Some of the pages and figures are a little rougher and wilder than I'm used to from a Daniel and Florea collaboration.

That said, sometimes it works out well; the page with Bruce collapsed in bed reminds me of artists like Tim Sale, in how Daniel plays with the folds of the sheet and the shadows it creates.

Likewise, Batman's cape in the final page of the issue is much more textured than what I'm used to from Daniel, and in a good way. Six months ago, the idea of a two-part "R.

The Missing Chapter" would've been nonsensical. I'm surprised at how much I enjoyed this. 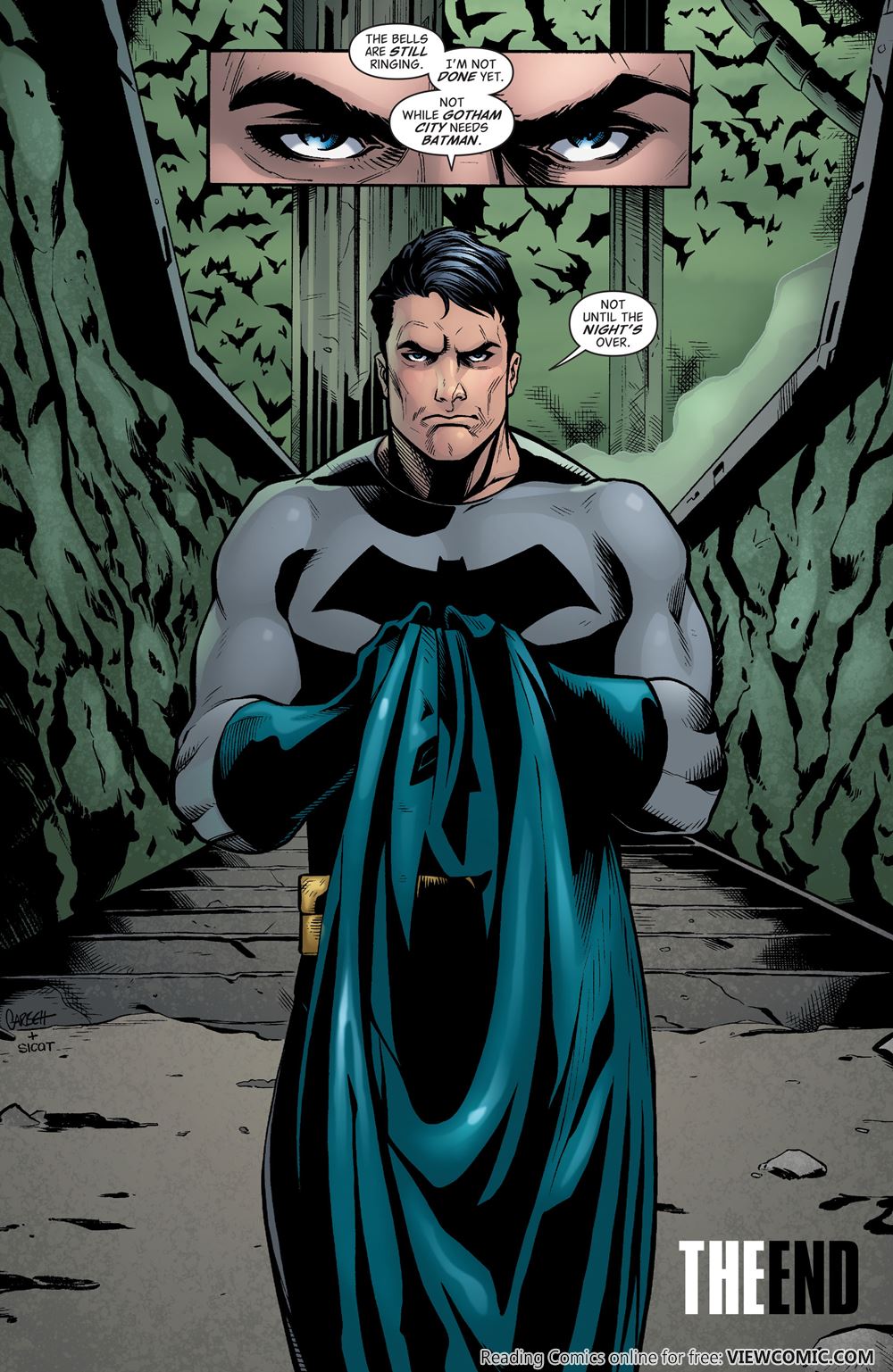